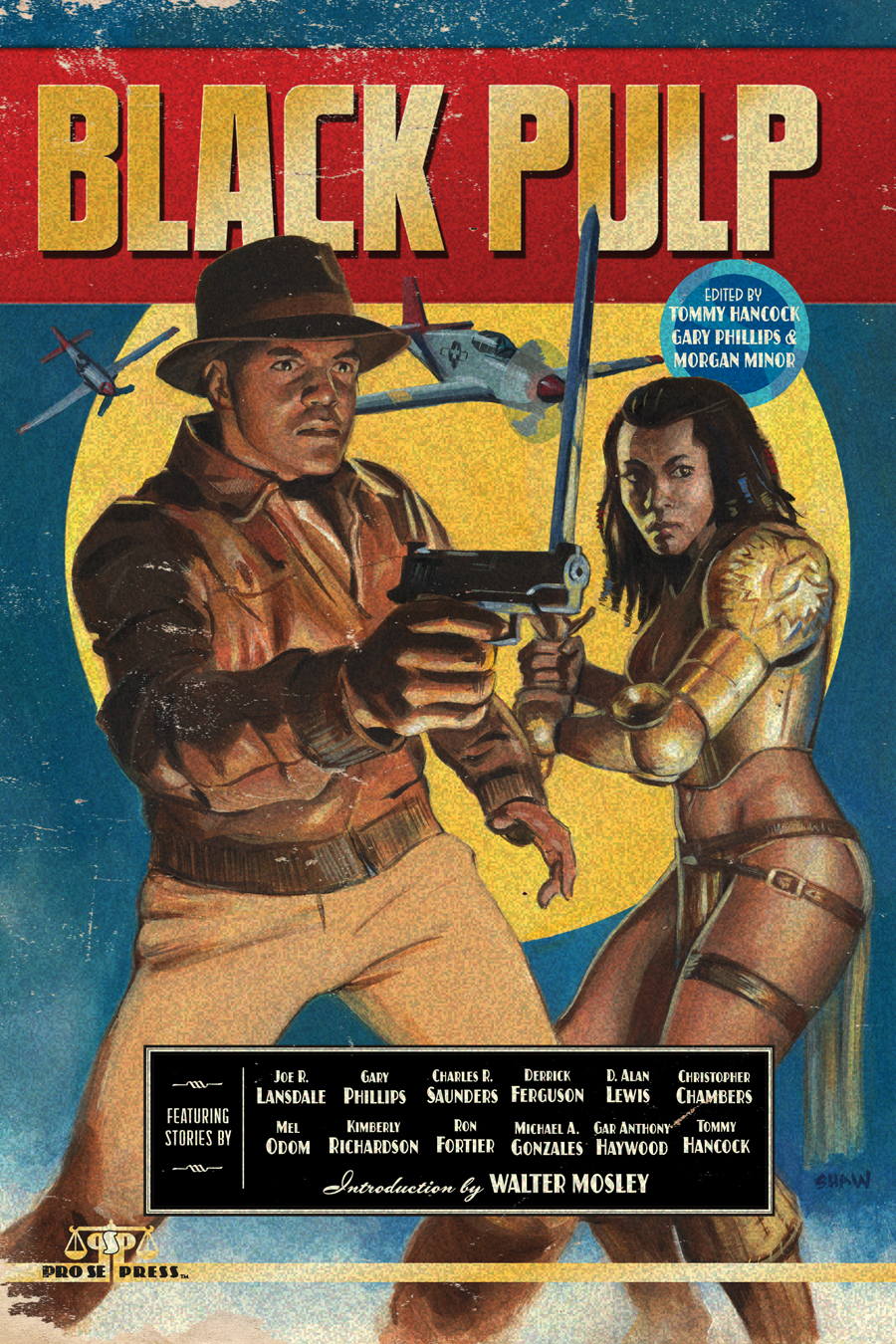 From Pro Se Press comes Black Pulp. This collection offers exciting tales of derring-do from larger-than-life heroes and heroines; aviators in sky battles, lords of the jungle, pirates battling slavers and the walking dead, gadget-wielding soldiers-of-fortune saving the world to mystics fighting for justice in other worlds. Gary, who co-edited the book, has a story in it involving middleweight boxer Achilles “Decimator” Smith set in segregated 1936 Los Angeles. After winning a hard-fought bout, Decimator learns his sister has been murdered and he vows to find the killer. His hunt brings the heat and he uncovers goings on both of this world and possibly beyond in Decimator Smith and the Fangs of the Fire Serpent. Check out this look at upending the tropes of pulp and review of the anthology by Mark Bould here on Los Angeles Review of Books.

Achilles Decimator Smith is a 24-year-old black middleweight contender garnering attention in the boxing world of segregated Los Angeles. But when his sister is brutally murdered and Decimator searches for her killers bring him to a cavern and a ceremony combining forbidden magic and arcane science resulting in his being wounded and doused in a bath of electrified chemicals. His adventures, in the fine tradition of the pulps, will take him far beyond the confines of the square ring as he battles female crime lords, four-armed robots, axis agents, and quixotic super villains and their world-threatening weapons.