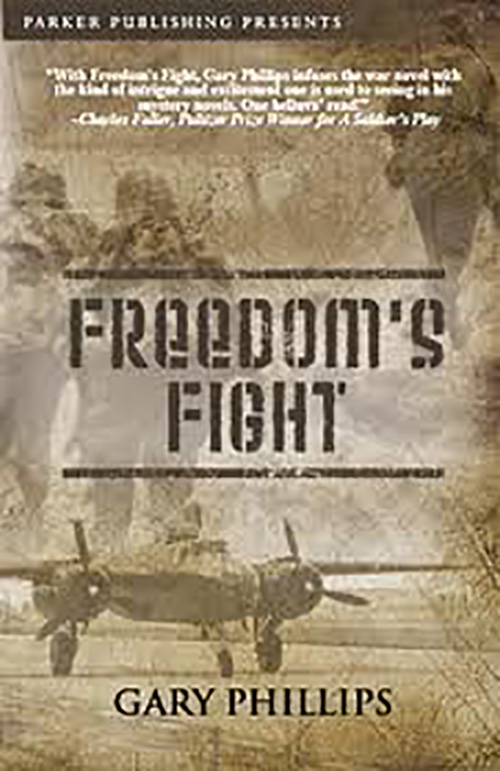 In Freedom’s Fight you’ll meet Madison Clay, a prideful soldier facing court-martial, who is propelled into an espionage mission in Northern Africa that could change the course of the war.  Alma Yates, a young career woman who is a reporter for the leading black newspaper of the day.  She’s on assignment traveling the country reporting on the war effort among African Americans in the States and inadvertently uncovers a secret that could shock the nation — and prove fatal to her.  And secrets too haunt once popular crooner Gil Giabretto, who must make a choice when black troops are finally sent into combat.

“…Phillips infuses the war novel with the kind of intrigue and excitement one is used to in his mystery novels. One helluva’ read.”