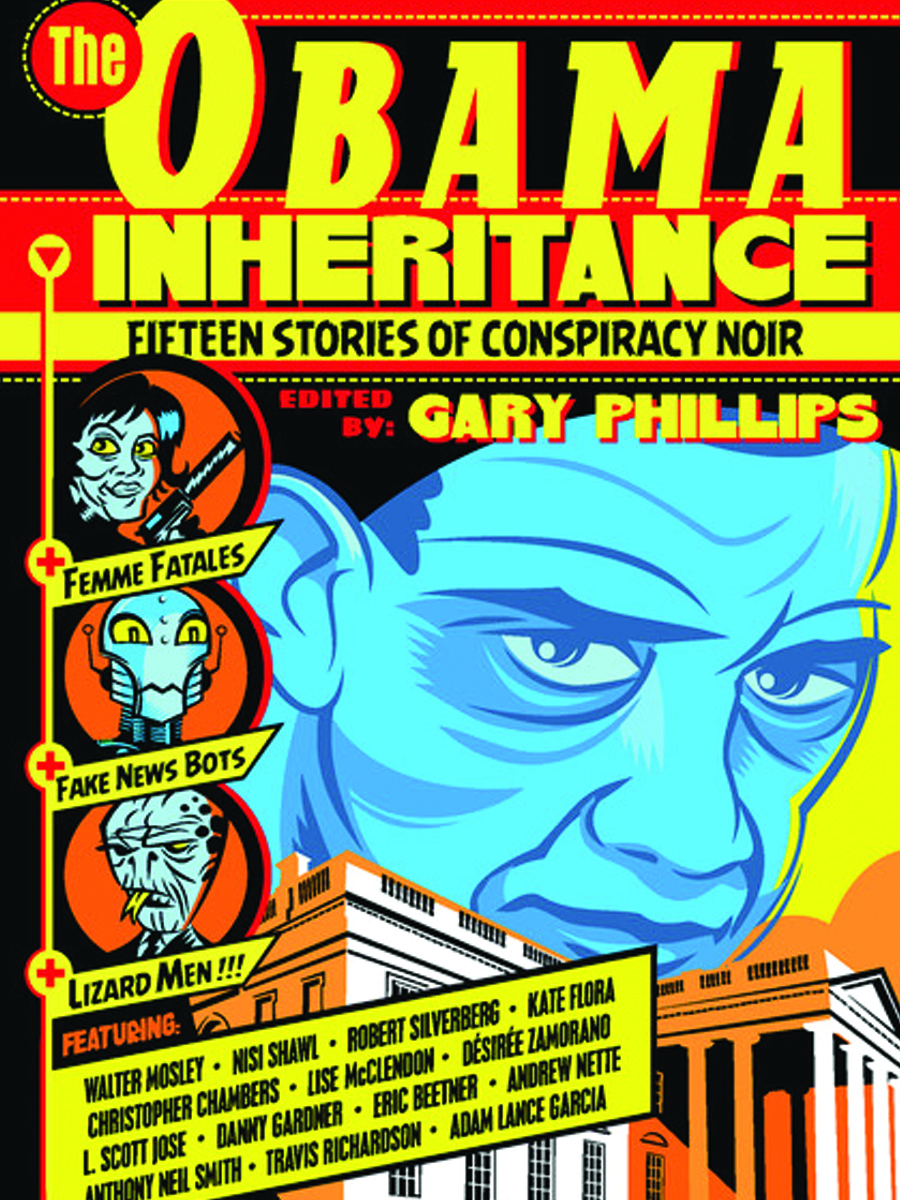 In the tradition of satirical works of Swift and Twain, with nods to the likes of Asimov and Philip K. Dick, and a soundtrack by Parliament/Funkadelic, these tales contain time traveling secret agents, Supreme Court judges who can clone themselves, kung fu’ing androids out for justice, and a race of ancient lizard people and their true master plan …and these are just the tame ones mashed up in the blender of fake news bots, climate change is but a hoax by the Chinese and humans roamed with dinosaurs.

Winner of the bronze Forward Indies Reader award and nominated for an Anthony.