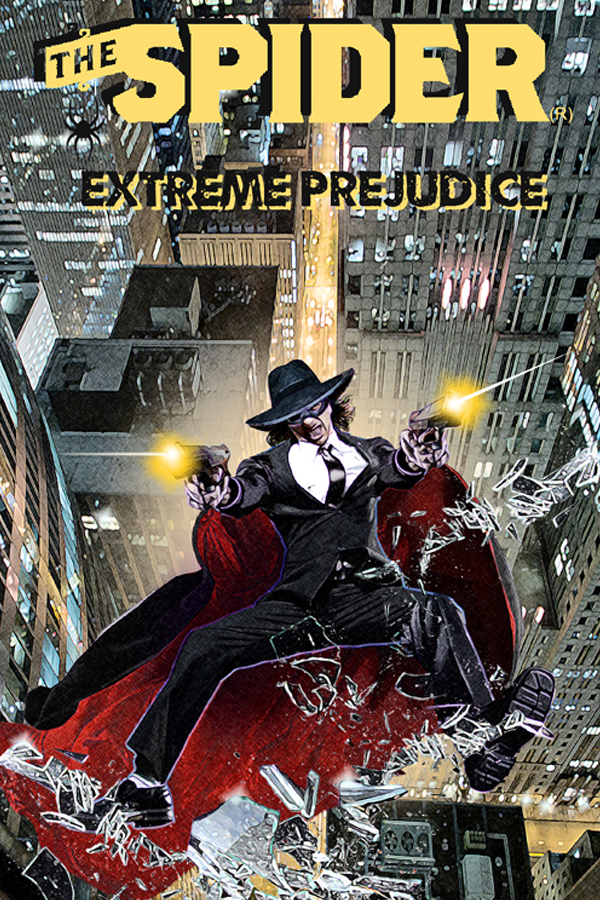 This recent collection is all-new short stories of searing white-hot prose starring pulpdom’s most violent and ruthless crime fighter ever: The Spider set during the Great Depression! More just than the law, more dangerous than the Underworld…hated, feared and wanted by both! One cloaked, fanged, border-line crazy denizen of the dark force-feeding hard justice with a pair of 45’s! In the anthology, the Spider teams up with other masked vigilantes the Black Bat and the Green Ghost, and Gary has the fanged avenger as an uneasy ally of America’s first super spy before Bauer and Bourne, Jimmy Christopher, Operator 5 in “Demon Slaves of the Red Claw.”