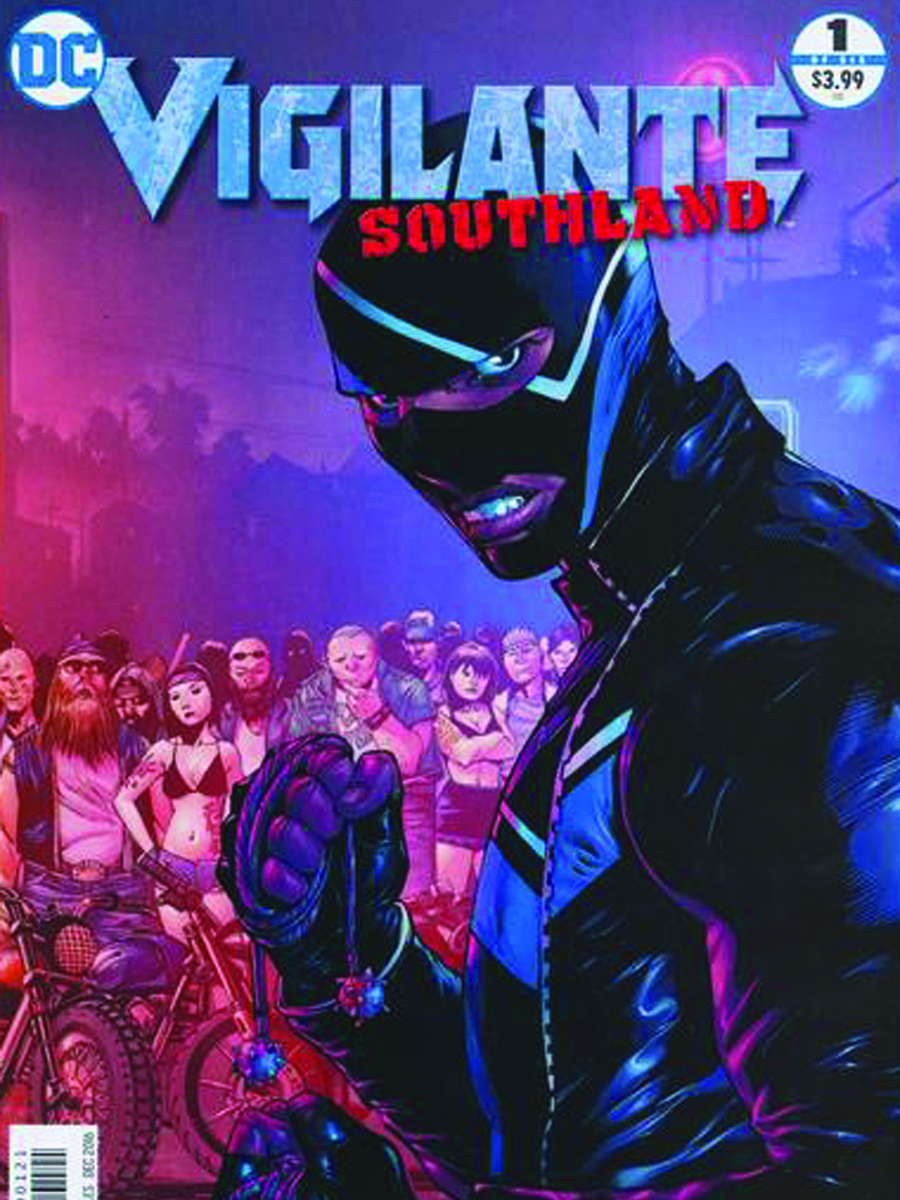 Vigilante: Southland is the story of Donny Fairchild, a failed NBA player who’s just making ends meet as a maintenance man. When his girlfriend stumbles on a conspiracy to steal water rights through a series of shady land development deals, she’s mysteriously murdered. Once Donny starts getting too close to the cause of her death, his house is blown up and he’s left for dead. Determined to bring the killers to justice, Donny undergoes training from an urban legend known as The Eastsider to become a masked vigilante.

“This take on Vigilante incorporates current social and political issues making Vigilante: Southland both relevant and contemporary, which sounded like an incredible direction to tell new stories featuring this character,” said DC Entertainment Co-Publisher Dan DiDio. “Gary’s experience with crime fiction will give Vigilante an edginess and grittiness that hasn’t been seen before.”