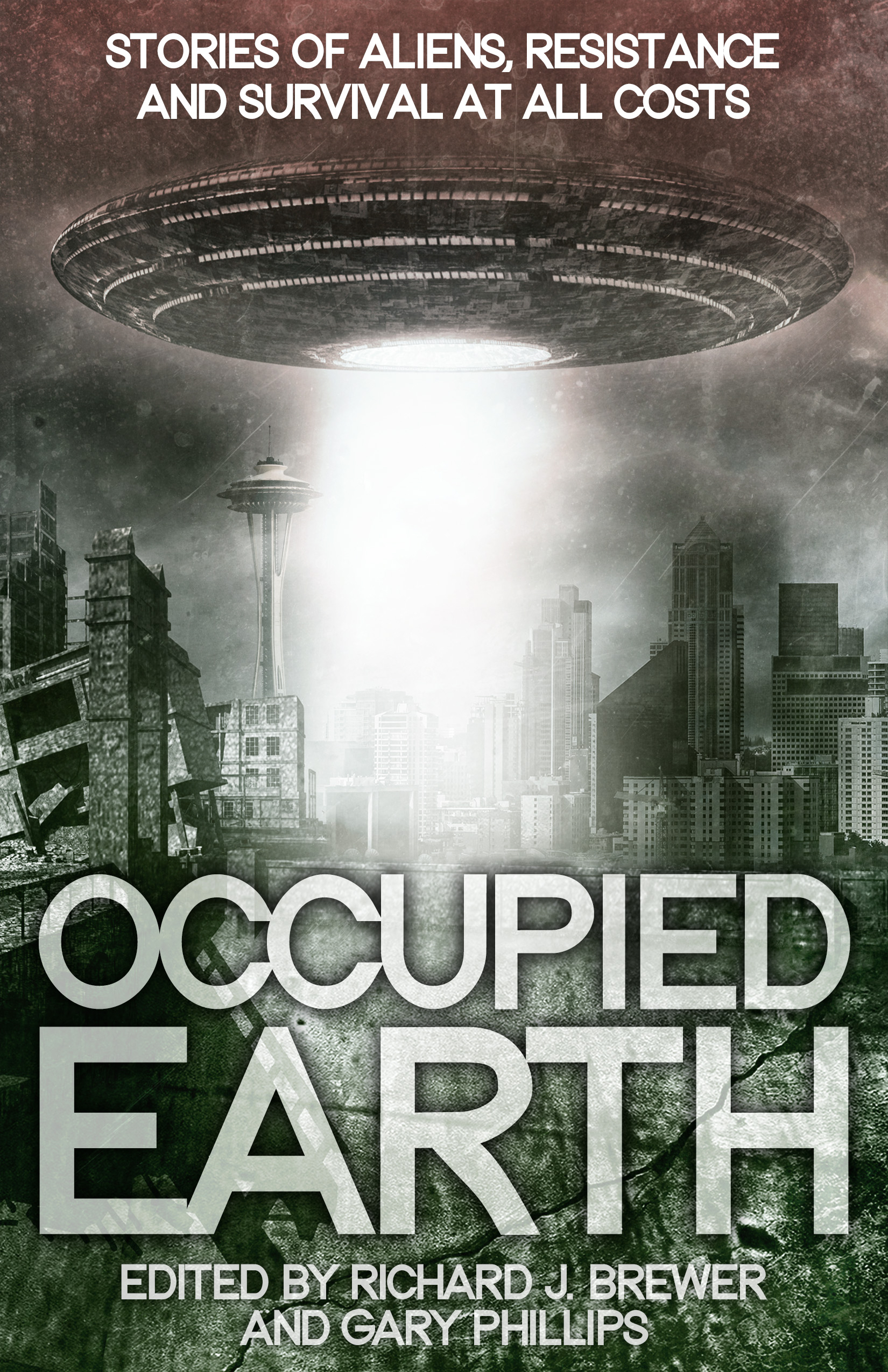 They came from the sky. In a brutal surprise attack, the militarily superior Mahk-Ra descended upon Earth in waves, ultimately bringing the planet to its knees. Now, twenty years on, our world is under their boot heel – imagine Vichy France or Stalinist Russia writ large. Yet it is a world where society continues to function: the trains run, there are still police, factories, hospitals and schools, only everything is under the unforgiving eyes of the Mahk-Ra overlords.

Yet despite our natural resources being drained, the rationing of goods, the degradation of personal liberties and humans pressed into service to fight the aliens’ off-world war, the people endure; gangsters still run their rackets, the black market thrives, the resistance movement, the Red Spear fights to free Earth, and political intrigue and corruption abound alongside acts of villainy, desperation, defiance and heroism. In the end, life continues, but resistance is all.

Out this October from Polis Books, Occupied Earth is a collection of original stories about life under alien occupation some twenty years on.  On the http://occupiedearth.com site, co-editors Richard J. Brewer and Gary Phillips will offer “bonus tracks,” stories in text and audio not found in the collection.  Up now is “Ghost” by Brewer, in which two young friends encounter an interactive artifact from the first days of the invasion and learn something of their overlords.

Article in the Big Thrill