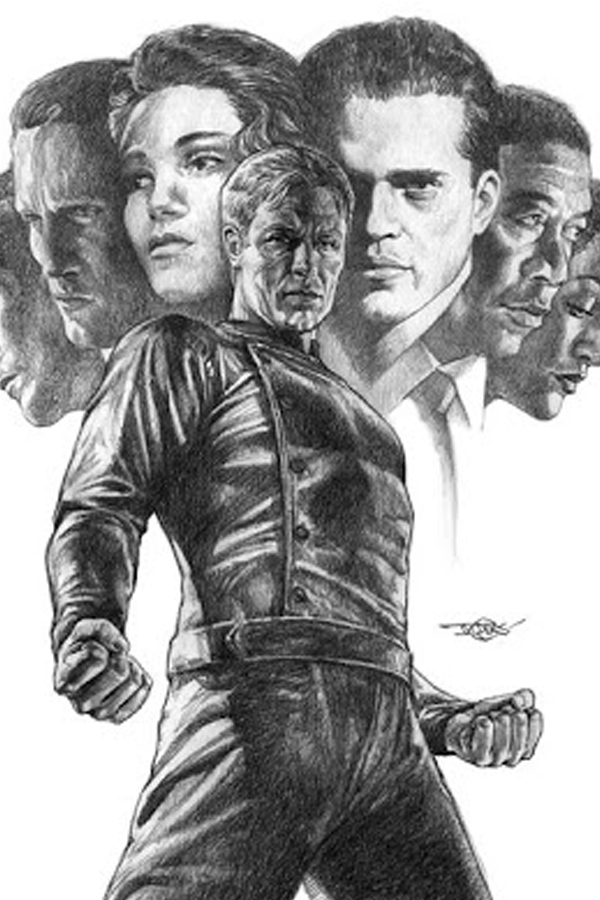 Out of tragedy, a hero is born! In the roaring heart of the crucible, steel is made. In the raging flame of personal tragedy, men are sometimes forged into something more than human. Wealthy and successful at an early age, Richard Benson was preparing to enjoy a long and happy life with his family when crime took away his wife and young daughter. Once he was just a man, but now he is a machine of vengeance dedicated to the extermination of all crime. A figure of ice and steel, but more pitiless than both, Benson has become a symbol to crooks and killers–a terrible, almost impersonal force, masking cold genius and a nearly supernatural power behind a face as white and still as a dead man’s mask. Only pale eyes, like ice in a polar dawn, hint at what awaits criminals when they invoke the rage of millionaire adventurer Richard Benson – The Avenger! Now, for the first time in over 30 years, the fearless/expressionless crime fighter; the man with the moldable face, the man with the shock white hair and the pale grey eyes, is back in action in a stunning collection of stories featuring all the action, adventure, and revenge Avenger fans have come to expect! From noir adventure and two-fisted action, to emotional tales of inner demons, join The Avenger for the E-ticket thrill ride of your life!